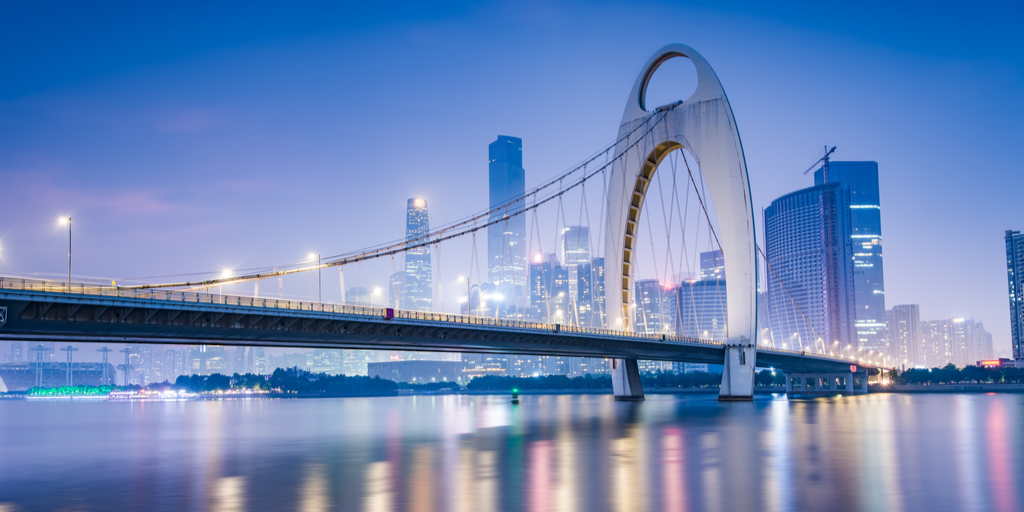 Hong Kong has traditionally played an influential role in integrating China with the world. At today’s critical juncture in China’s reopening, that role has been strengthened by the new opportunities arising from the Belt and Road initiative and the Guangdong-Hong Kong-Macau Greater Bay Area (GHM Bay).

The GHM Bay comprises Hong Kong, Macau, and nine cities in Guangdong (Guangzhou, Shenzhen, Dongguan, Huizhou, Zhaoqing, Foshan, Zhongshan, Zhuhai and Jiangmen), which together have an economic significance comparable to that of other top bay regions like Tokyo Bay, New York Bay or San Francisco Bay.

Data insights from CEIC’s China Premium Database indicate that, while GHM Bay represents only 0.6% of China territory, it accounts for over 12% of its GDP.

Although Hong Kong, Macau and top-tier mainland cities such as Guangzhou and Shenzhen have historically exhibited development indicators significantly more positive than other cities within the country, their growth will naturally slow down as those markets mature. Thus, lower-tier cities, which currently account for more than two-thirds of China’s economy and more than 70% of its population, will be key to unlocking the next phase of growth.

Driven by growing incomes, consumer expenditure in the tier-three and tier-four cities increased by 64.6% over the years 2012-2017, while average growth in lower-tier cities in the rest of the country was just 36.6%. 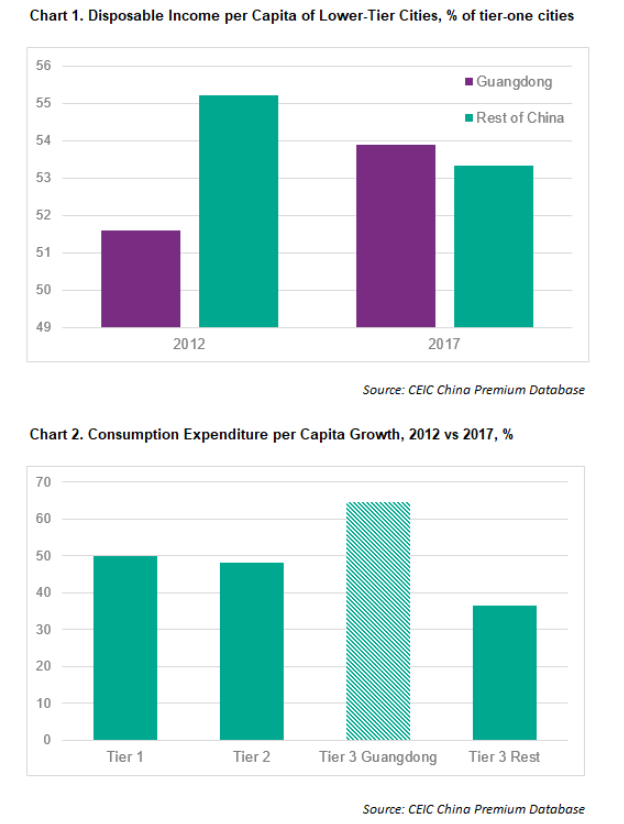 GHM Bay boasts an advanced transportation and logistics network, with five airports and six ports, and ranks top among the four bay areas in terms of airport passenger traffic and container throughput. Dense rail and expressway networks not only give GHM Bay advantages in multimodal transport but also strengthen its pivotal status in the Belt and Road initiative. The strategic area is sharing connectivity ties through cross-boundary transportation networks as summarized in the table below. All of which will significantly shorten the commuting time for Hong Kong and Macau residents and boost ties between Hong Kong, Macau and Mainland China.

According to the Hong Kong Infrastructure Report for Q3 2019, published by BMI Research on EMIS Professional Service, Hong Kong has been recognized as the first class innovation in infrastructure projects, with the full-year 2018 HKD 46bn worth of projects in the planning and construction stages, and 79% of them were in the transport sector. Besides, it continues to get the second rank in World Competitiveness Yearbook 2019 (published on 28 May) following Singapore. With reference to the report, Hong Kong is being acclaimed as the top tier in government efficiency, business efficiency, and economic performance. 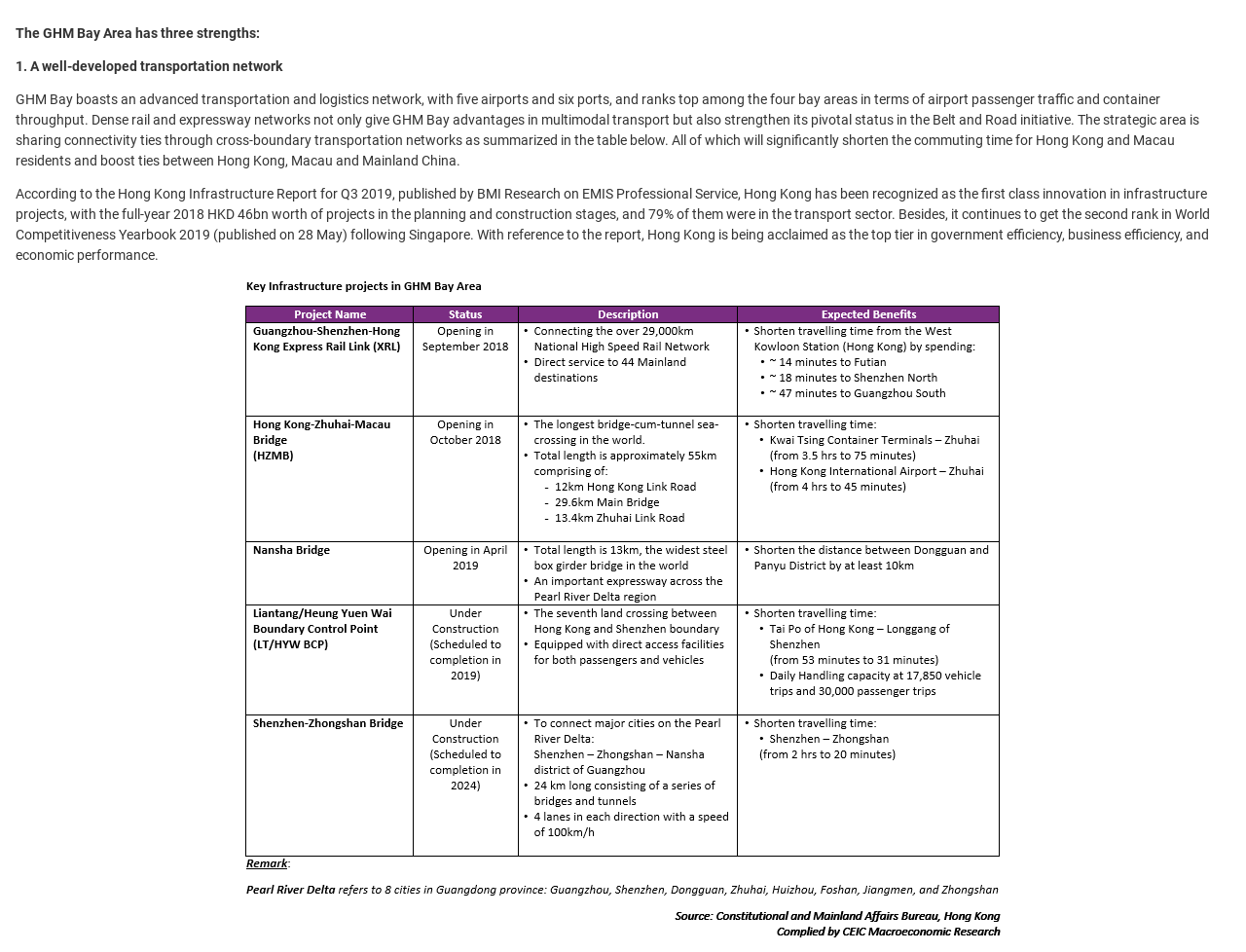 GHM Bay has clear division of industries among cities. The professional services of Hong Kong and Macau, and the science and innovation resources of Guangzhou and Shenzhen, combined with mature manufacturing industries in other GHM Bay cities, facilitate resource sharing. Specifically, Hong Kong, as an international finance centre has the edge in respect of logistics, low tariffs, capital mobility, its institutional system and its poll of talents. Thus, Hong Kong can not only provide capital for research application and industrial upgrading, but also serve as a role model for mainland companies in modern services.

This piece was compiled through the primary use of the CEIC China Premium Database. Learn more by clicking the link below.