The Global Impact of COVID-19
on Financial Markets

The COVID-19 outbreak will undoubtedly have a profound negative impact on the Chinese economy and on a global level.

The potential scope of these severe consequences is still unclear. The markets, apparently, expect substantial deterioration in economic activity. Judging by their volatile moves, decisive government interventions is to be anticipated as well. Major central banks such as the Federal Reserve in the US, Bank of Canada and Bank of England already opted for emergency interest rate cuts in a bid to cushion the economic shock. Other institutions would most likely follow suit.

The major stock markets in the world reacted in the beginning of February, as it was evident that the outbreak is spilling over and the especially Italy, Iran and South Korea are faced with the most critical situation. With cases confirmed in Latin America too, the local benchmark indices reacted more pronounced. The stock market moves reflect the hardest hit industries - travel and leisure, food and catering, consumer discretionary etc. The next crucial points was the WHO declaring a pandemic and the US president Trump imposing travel ban from most European countries. Consequently, the US stocks officially entered a bear market.

Some government bonds once again proved to be considered safe-haven asset, as the US 10-year treasury yield fell below 1% for the first time ever. The benchmark 10-year German government bond yield dived even deeper into negative territory. On the forex markets, the Japanese yen is considered safe-haven asset and, not surprisingly, it appreciated against the US Dollar, as the Covid-19 crisis sped-up in Europe and in the US in March. The US Dollar itself was weakening against the Euro in the second half of February and in the beginning of March, because the investors expected interest rate cuts from the European Central Bank. However, on its meeting in March, the Monetary Policy Committee refrained from further lowering the rates, which lead to appreciation of the US Dollar against the Euro. 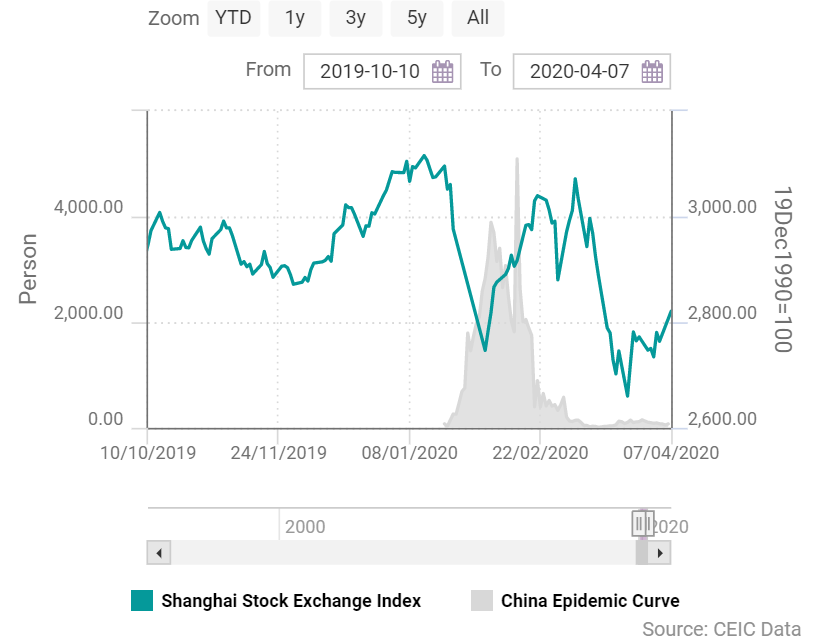 Triggered by the economic effect of the extended Spring Festival holidays and the fears over the disease outbreak, China's equity market plunged in the fortnight to February 3 with the Shanghai Composite Index dropping by 11.3%. The stock market the recovered until the beginning of March and dropped back, after the World Health Organization declared the Covid-2019 a pandemic. 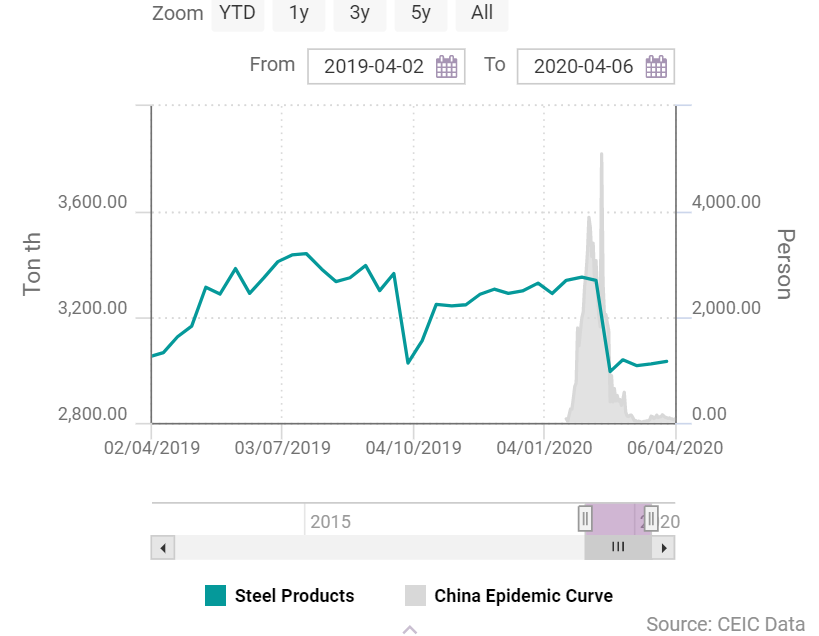 Emerging Market Currencies against US Dollar 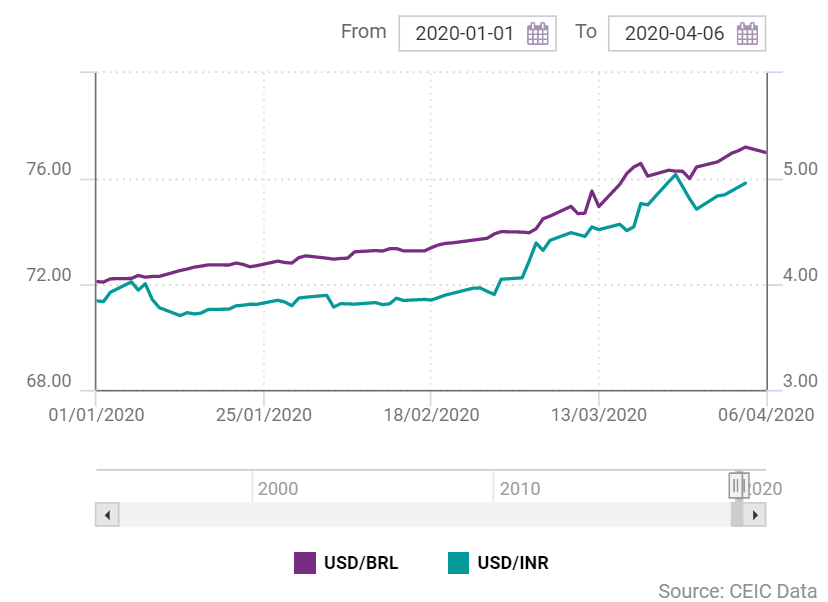 The Covid-2019 outbreak unleashed massive capital outflows from emerging markets. The currencies of countries like India, Brazil and other emerging markets fell against the US dollar, nearing record low levels. 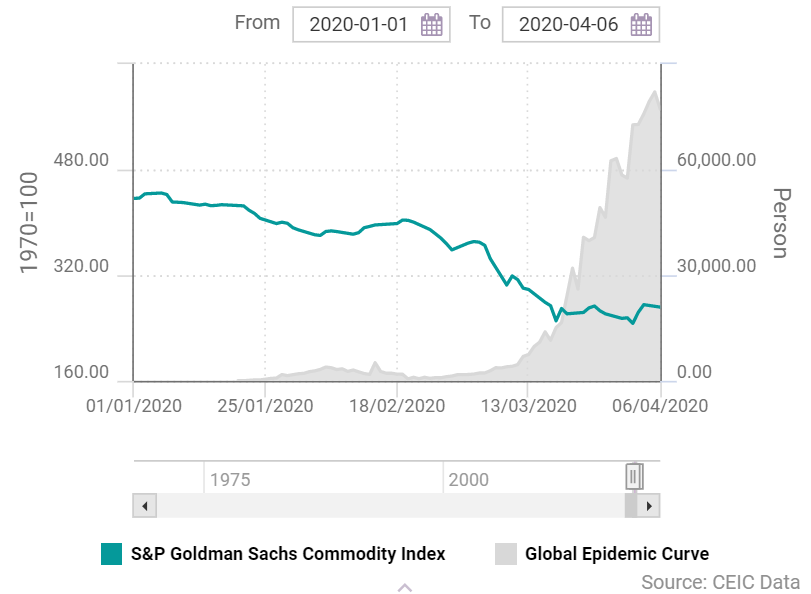 The quarantine measures and the sudden stop in economic activity had a downward impact on most of the commodity prices. The Covid-2019 effect on commodity prices also coincided with the oil supply boost by Saudi Arabia after the negotiation breakdown between OPEC and Russia.