How Have Tax Cuts and Tariffs
Affected the US Economy? 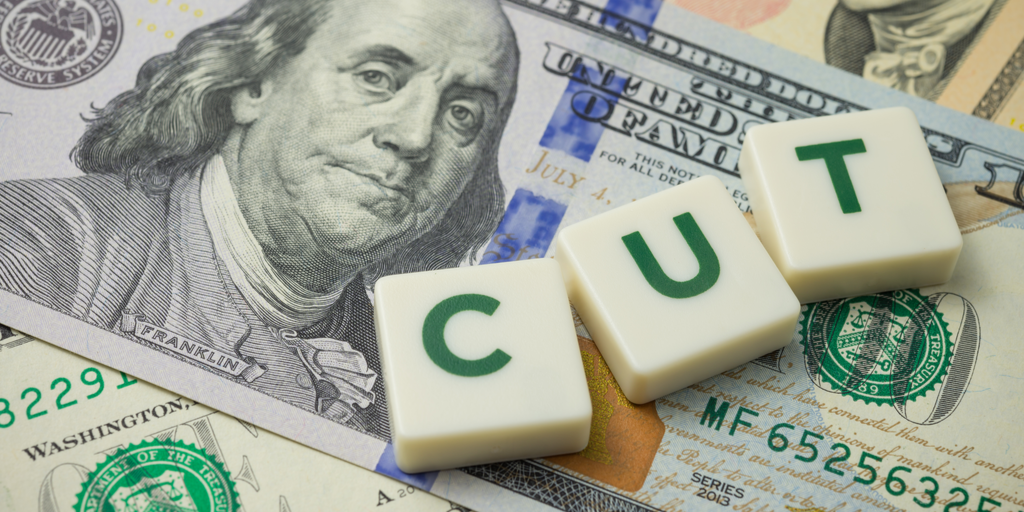 The total level of indebtedness in the US remains high despite still being at sustainable levels.

Two of the main recent developments - tax cuts and tariffs - have not changed the overall picture substantially and US federal debt remains high both as a percentage of GDP and in nominal terms.

Trade tariffs have not reduced the annual US fiscal deficit and in fact it has been widening as a share of GDP ever since 2015 to reach 3.84% of nominal GDP in 2018, due to increasing outlays amid relatively constant receipts. Federal government deficit for the January-August 2019 period was USD 748.2bn up 11.1% compared to the same period last year.

Revenues were USD 333.95bn, up 5.6% y/y, and outlays amounted to USD 342.43bn, down 12.5% y/y. Out of the consolidated monthly deficit, USD 50.48bn, or 93.6%, were on budget, and the off budget balance was USD 42bn in surplus. Net borrowing from the public was negative and operating cash actually increased, the bulk of the deficit being financed by other means. Public borrowing was negative probably due to repayments of maturing short-term debt. 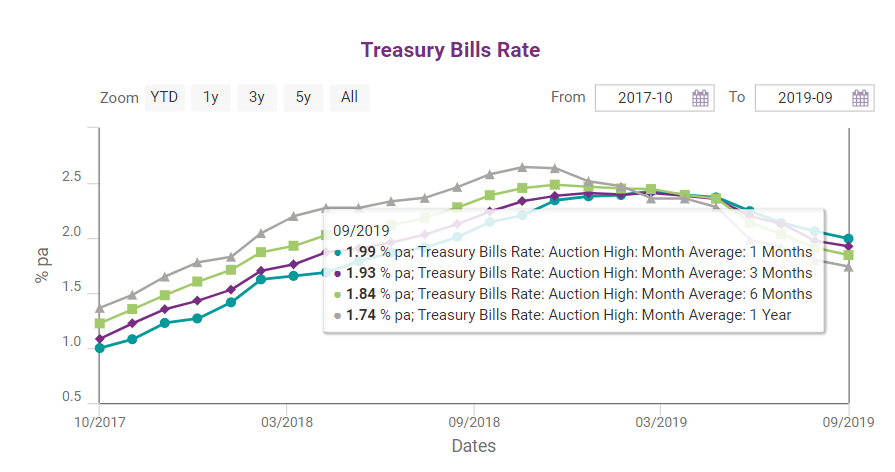 Individual income taxes (down 13.1% y/y in June) and social insurance and retirement contributions (up 28%) were the largest major contributors to government receipts with shares of 42.4% and 36.2%, respectively. Social security (up 5.4% y/y in June), national defence (down 22% y/y) and health expenditures (up 19.3% y/y) were the largest outlays with respective shares of 27.1%, 14.9% and 14.1% of the total, similar to other months since the beginning of the year. Medicare (down 71.9% y/y) saw the largest relative drop among government outlays and stood at its lowest point since the beginning of the year, which we attribute to temporary factors.

Corporation and individual income tax revenue increased by 3.3% y/y and has continued its upward trend seen in the last several years. Thus, lowering taxes in 2016 has not substantially contributed to US fiscal deficit or debt accumulation and its effect was entirely offset by the additional growth spurred by lower taxes and the beneficial macroeconomic conditions. Custom revenues increased to USD 15.8bn (up 58.9%) due to the imposition of new tariffs by the Trump administration.

Total US debt was little changed in Q2 2019, with total amount of federal debt down by 0.02% relative to the end of Q1. Federal and state government debt, the much larger share of which is government debt, has been gradually increasing in the last decade and last year was no exception, with year-end federal debt amounting to a little over USD 22tn. The largest share of this debt has maturity longer than one year. Out of the entire amount, 73.61% is held by the public and 26.39% is made up of intra-governmental holdings. 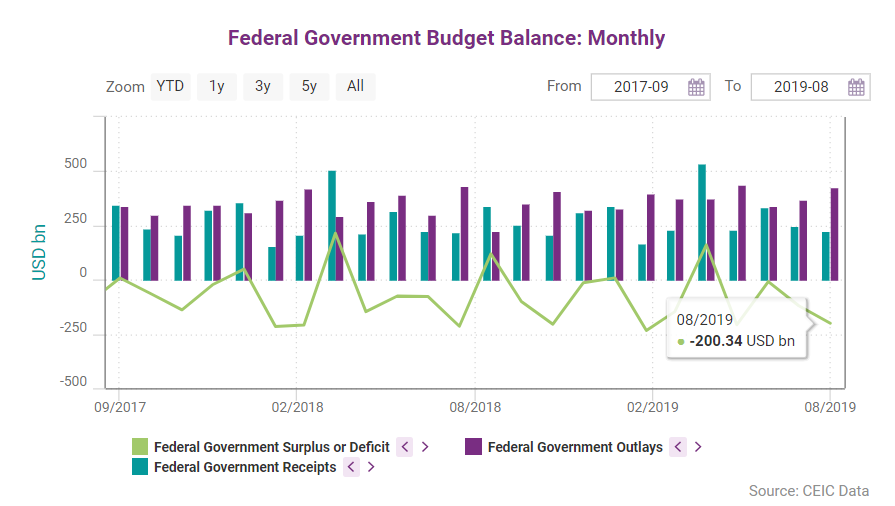 Central government borrowing is forecast to increase by 5.61% y/y in 2019 and by an additional 2.54% in 2020, further increasing US government debt. However, considering the continuing good macroeconomic performance of the US economy and the relatively low yields on government securities, total debt is still not a major cause of concern.

Access our Q3 report suite, including the full CEIC US Economy in a Snapshot Q3 2019 Report here.