India Economy in a Snapshot is a quarterly publication, designed to provide a comprehensive, albeit concise overview of current economic and financial developments.

The report covers the four main macroeconomic sectors (Real, Monetary & Financial, Fiscal and External), presenting commentary and charts on a broad range of topics that include: 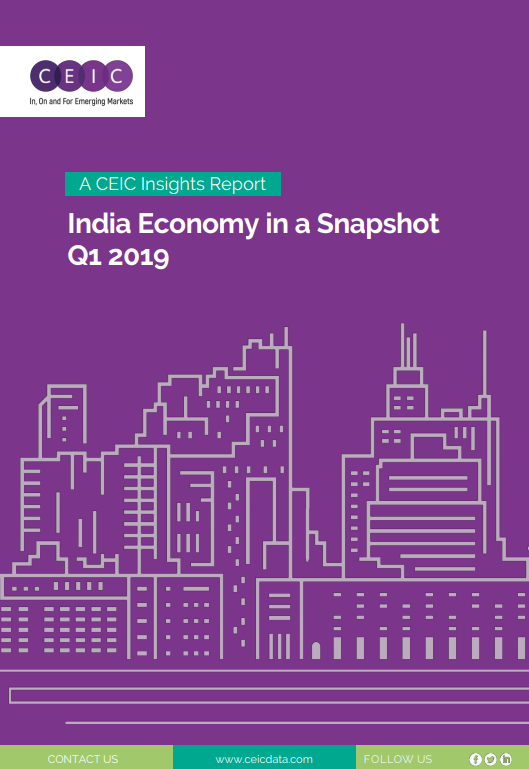 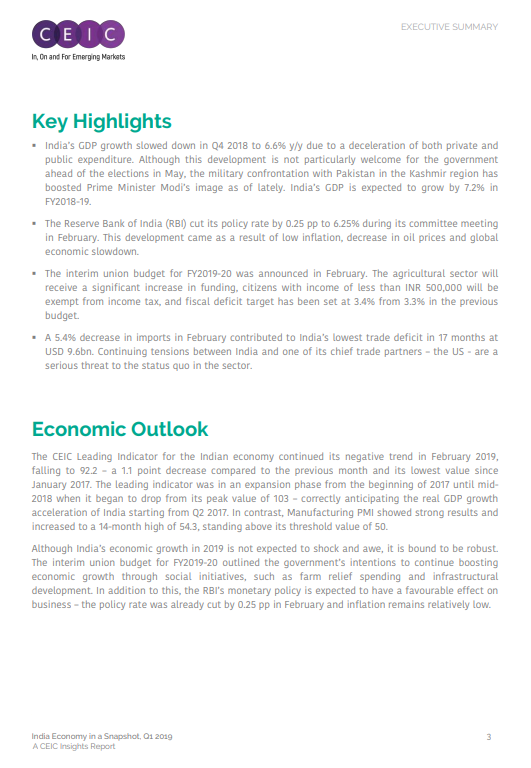 fill out the form to get your copy

The CEIC Leading Indicator for the Indian economy continued its negative trend in February 2019, falling to 92.2– a 1.1 point decrease compared to the previous month and its lowest value since January 2017.

The leading indicator was in an expansion phase from the beginning of 2017 until mid- 2018 when it began to drop from its peak value of 103 – correctly
anticipating the real GDP growth acceleration of India starting from Q2 2017.

In contrast, Manufacturing PMI showed strong results and increased to a 14-month high of 54.3, standing above its threshold value of 50. Although India’s economic growth in 2019 is not expected to shock and awe, it is bound to be robust.

The interim union budget for FY2019-20 outlined the government’s intentions to continue boosting economic growth through social initiatives, such as farm relief spending and infrastructural development.

More in this report...